If you're new to USC, you might want to check out the Step-by-Step Tutorial, too!

In USC, each attack/fire mode has a property called targeting mode. Because the game is basically played on a board of square grids, determining the line of sight/fire can be done in different ways, plus some weapons obviously have even more special abilities. There are five distinct targeting modes that give further variety to strategic choices when speaking of weapons. Please kindly note that USC is basically a strategic board game, thus some rules are simply not “realistic”, but serve gameplay balance/strategic purposes! 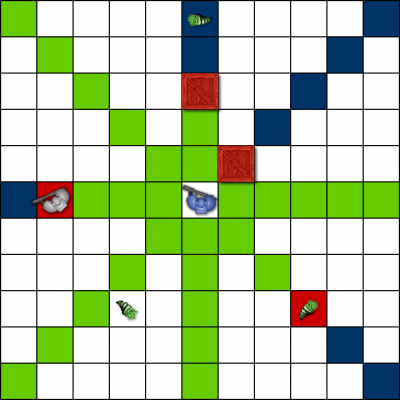 Star is the most simple and common targeting mode. It means a flat line of fire in all 8 main directions (hence it's called “star”). Any other grid is not targetable; you will have to move to get such a target in line. The line of fire is blocked by any unit or object. 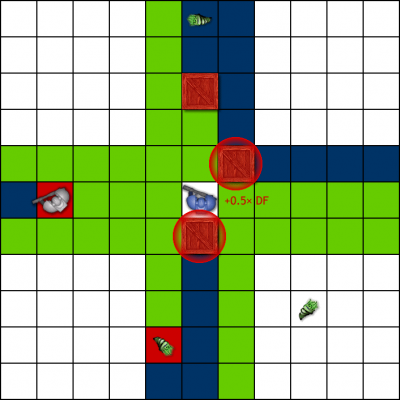 Mainly used by weapons with a “scatter-fire” mechanism, sweep targeting mode spreads in the straight directions 3-grids wide, enabling the wielder to attack even from behind an obstacle. Firing from proximal distance grants +0.5 Damage Factor, but negates any area effect. 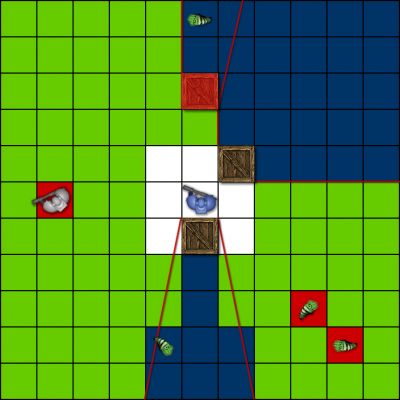 “Arc” stands for the elevation of trajectory that only a few weapons use, namely the Flak cannon for its grenades and the Self-defense pistol for flares*. Projectiles fired this way can land at any location that is not blocked out by an object (see fig.). Can't be used at a proximal distance. * The Flame thrower also uses “Arc” targeting, fire being ethereal and able to pass through units. 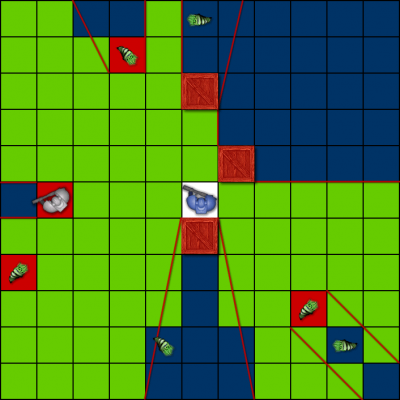 This is the most advanced non-arc targeting mode. All grids that are not blocked out by a unit or an object are valid targets, including those at a proximal distance (by default), as far as they're in effective range. Not having to move into a firing position may save a lot of APs. 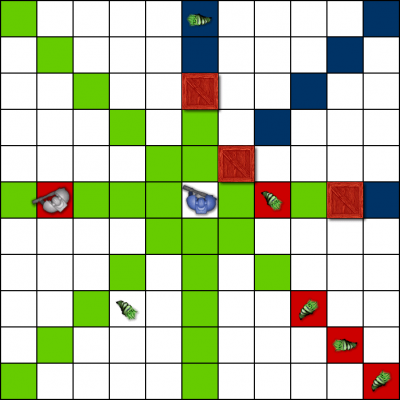 Basically a “Star”, Passthrough is a special targeting mode where the line of fire is not blocked by units, and any unit that is in the way until the target gets damaged. Used by the Laser scorcher (for “line blast”) and the Flame thrower (for “line ignite”) only.

← Back to Main page